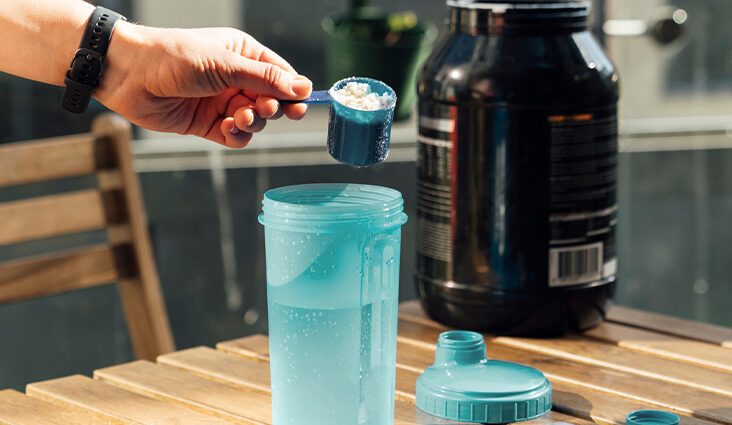 In order to preserve the structure of our immune system cells, we need high-quality amino acids in our diet. Whey protein is a well-known, complete protein that contains all of the key amino acids that our bodies require.

Many components in bovine milk have immunomodulatory and antibacterial effects. Bovine colostrum and milk, whether or not they are from cows inoculated against specific pathogens, have been shown to provide a medium for the transmission of passive immunity and may give disease protection in a variety of species, according to research.

Whey protein contains immune-stimulating peptides and amino acids. Lactoferrin, immunoglobulins, -Lactoglobulin, lactoperoxidase, and lysozyme, as well as bioactive peptides, are among the most useful proteins. As proven by several studies, these components are resistant to pepsin and trypsin action and sustain biological function in humans. Since the 1970s, bovine immunoglobulins, particularly bovine IgG, have been researched for their possible impacts on human immunity and infection. Milk is a rich supply of immunoglobulins, which have evolved over time to guarantee that passive immunity is passed down from mother to offspring. Immunoglobulins in colostrum and milk can also be used to benefit other animals, including humans, by harnessing their immune activity.

Immunoglobulins (IgGs) are found in all nursing animals’ blood and tissue fluids, as well as colostrum and milk. Milk IgGs have the biological role of providing immune protection to offspring against microbiological infections and poisons. Bovine IgG has been found in a number of trials in babies and adults to give additional immune support in persons with gastrointestinal and upper respiratory tract infections.

IgGs serve as adaptors that connect different components of the cellular and humoral immune systems. Another important role of IgGs is to aid in the detection and phagocytosis of germs by leukocytes. Milk immunoglobulins can also inhibit bacteria from adhering to the epithelial lining, which is a crucial stage in the infection process.

The effects of bovine IgG and colostrum on viral respiratory tract infections have been studied in vitro and in animals. RSV, a common juvenile virus that causes upper respiratory tract infections, may bind to and even destroy bovine immunoglobulins in vitro. In addition, bovine immunoglobulins from non-immunized cows have been demonstrated to bind to human RSV and influenza virus.

In a randomized, placebo-controlled research, people with recurrent upper respiratory tract infections who took a bovine IgG and lactoferrin-containing whey protein supplement had better immune support than those who took a placebo.

A sufficient quantity of bovine immunoglobulins must be able to survive transit through the stomach into the small intestine, or possibly throughout the whole gastrointestinal (GI) tract, in order to be employed as an active, preventive component in human food items. Several investigations have found that IgG passes through the gastrointestinal tract without being completely destroyed by digestion, leaving its functional properties intact.

Bovine IgG is relatively resistant to proteolysis by digestive enzymes and is only partly inactivated by stomach acid, according to several investigations. Approximately 59 percent of IgG was discovered in the jejunum in adult individuals who consumed a bovine whey protein concentrate, whereas 19 percent was detected in the ileum. Furthermore, 10-30% of orally given bovine IgGs may be retrieved from the feces of both newborns and adults.

Fasting before IgG delivery can significantly reduce the amount of undigested IgGs. Furthermore, because of the short transit period of a liquid meal, more IgGs are transported intact into the small intestine due to less time exposure to stomach acid. This backs up the popular practice of drinking a whey-based smoothie first thing in the morning to enhance its immunological action.

-The most prevalent whey protein in cow milk is lactoglobulin (LG). Notably, LG accounts for more than half of all whey protein. It promotes cell proliferation through IgM receptors, which helps to improve immunological responses. Hydrophobic ligands including as vitamins A and D, fatty acids, and phospholipids are also bound and transported by LG.

IgA secretion is also seen in milk (sIgA). The immunoglobulin sIgA, which is found in immunological milk products, is thought to be the major immunoglobulin responsible for immune protection of mucosal surfaces like the gut.

Lactoferrin is an iron-binding glycoprotein that is released by cells and serves as a mediator between innate and adaptive immune function in mammals. It has the ability to bind iron and interact with host and pathogen molecular and cellular components. Lactoferrin can bind to lipopolysaccharides and sequester them, promoting good inflammatory pathways and tissue health.

This is a whey protein glycoprotein that has antibacterial action against some bacteria. By demonstrating antagonistic action against bacteria in mucosal linings, the lactoperoxidase system plays a crucial role in the innate immune system.

Cysteine and glutamate are abundant in whey protein. These amino acids are precursors of glutathione, a powerful antioxidant that is required in higher amounts during stressful periods. Whey protein supplementation quadrupled GSH levels in one research when compared to the control group.

The increased risk of mortality linked with poor protein consumption in the elderly may be due to an increased demand for dietary cysteine. There’s a lot of evidence indicating glutathione production and glutathione tissue levels decrease with aging in humans.

When dietary cysteine consumption is increased, glutathione production is predicted to rise, especially when cellular glutathione levels are low. Supplementing with N-acetylcysteine (NAC) is one approach to do this without increasing protein consumption, however a daily whey protein smoothie will also accomplish this, along with its many other advantages.

Whey protein contains a lot of arginine, which is a precursor to nitric oxide (NO). NO is an intercellular messenger that has been identified as one of the immune system’s most flexible actors. Pattern recognition receptors are used by cells of the innate immune system, such as macrophages, neutrophils, and natural killer (NK) cells, to identify molecular patterns associated with infections. Activated macrophages then use a range of effector chemicals, including NO, to stop pathogen reproduction. It also controls the function, proliferation, and death of a variety of immunological and inflammatory cell types, such as macrophages, T lymphocytes, antigen-presenting cells, mast cells, neutrophils, and natural killer cells (NK cells).

When purchasing a whey protein supplement, be sure it wasn’t made with heat, since this can denature the delicate ingredients and lower the amount of physiologically active proteins. Look for whey protein made with a natural, ultra-low temperature process. As a consequence, a product with a complete balance of bioactive whey proteins has been created.

Protein may be found in a range of foods, including whey protein, chicken, yogurt, red meat, almonds, beans, fish, and eggs. The bioavailability of some of these sources is discussed further down. This isn’t to mean you should always go for the most bioavailable source. Consuming a mixed diet, which combines dietary sources to produce a diversified amino acid intake, is extremely advantageous. This is especially critical for vegetarians who exclusively eat plant-based proteins, which are incomplete proteins lacking at least one necessary amino acid. 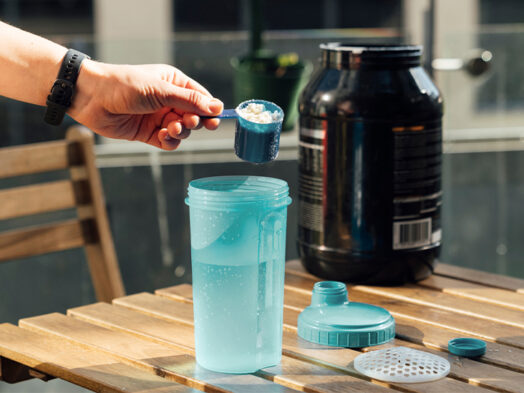 Whey protein is the most bioavailable protein source. There is no more to say. The purest form of whey is Whey Protein Isolate, which is at the top of the tree. Because of its rapid absorption, it’s a popular post-workout supplement. Because your muscles are under a lot of tension and stress during an exercise, which causes micro-tears in the tissue, getting protein on board and starting protein synthesis as soon as possible might help you recover faster.

If you’re lactose intolerant and can’t tolerate whey protein, egg whites are a wonderful substitute. Granted, you’ll have to drink them uncooked while plugging your nose, but there’s nothing stopping you from cooking up an egg white omelette after a workout or throughout the day.

With the exception of cod/haddock, most fish sources, such as salmon, trout, and mackerel, are extremely oily. These protein sources also provide a number of other health advantages. Oily fish are abundant in unsaturated fat and omega-3 fatty acids, both of which are excellent for cardiovascular health.

While red meat has a lesser bioavailability than other meats, it is high in other nutrients. Red meat, for example, is abundant in iron, zinc, and vitamin B12, as well as a solid source of healthful fats. Because red meat takes a little longer to digest, it’s an excellent protein source if you’re looking for satiety in the evening to help curb hunger.

On the protein bioavailability scale, chicken comes in fifth. Chicken is a popular lean meat source that can be utilized in a number of meals due to its adaptability. Chicken has a high protein content and relatively few carbohydrates or extra lipids.

Will Whey Protein Powder Cause Gas and Constipation?
24 Hour Urine Protein Test What It Means And How To Treat?
Is Sucralose In Whey Protein Harmful: Here’s What You Need To Know
2022-04-02