Plant protein powder and vegetarianism in general are riddled with myths and misunderstandings. Vegan and vegetarian athletes, on the other hand, thrive on a plant-based diet.

Plant protein powders can also be a useful tool for helping herbivores achieve their athletic objectives by combining nutrient-rich plants into a handy, protein-dense container.

Let’s debunk some of the most popular misconceptions regarding plant protein powder and plant-based diets. 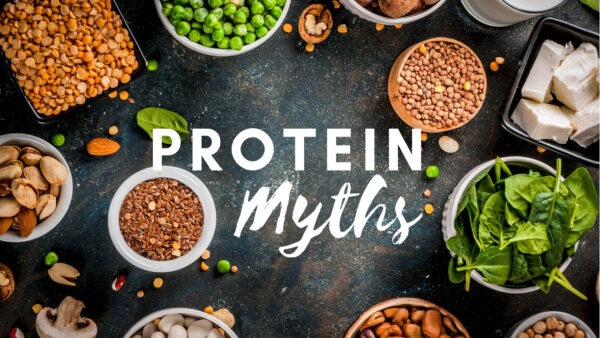 Your body need a variety of amino acids to operate, but it can produce the majority of them on its own. “Essential amino acids” are the eight that it can’t make on its own.

For many individuals, a protein’s “quality” is determined by the number of essential amino acids it contains. However, in actuality, this is a somewhat deceptive way of describing things. Experts call a protein “incomplete” if it lacks any of five critical amino acids. “Complete” refers to a protein that includes all of the necessary amino acids.

So, what’s the big deal about that? The fact that a protein is “incomplete” does not imply that it is of poor quality. Every meal does not need your body to consume all of the amino acids. It instead gathers them throughout the day and links them together as needed.

Several incomplete proteins can then be mixed throughout the day to satisfy all of your nutritional requirements. While plant protein powders are sometimes incomplete proteins, they usually have high quantities of several amino acids. Any that are missing can simply be obtained from another source of food.

People commonly believe that in order to be healthy and active, they must consume large amounts of protein on a daily basis. This assumption leads them to believe that no one could conceivably receive all of the protein they require from plant sources.

In actuality, most individuals assume they require far more protein than they actually do. Protein, for example, has a Recommended Daily Allowance of 0.36g per pound of bodyweight. This is the bare minimum that must be consumed in order to avoid any health issues.

In fact, some vegan athletes consume as much as.86g of protein per pound of bodyweight, or roughly 23% of their total calories.

Someone concluded at some time that plant protein did not attach to muscle as well as animal protein. This is just not true, and there is no scientific evidence to support it.

Plant-based protein, on the other hand, is frequently simpler to digest and absorb than animal protein, which can cause stomach pain.

Vegans and non-vegans alike are at danger of nutritional inadequacies if they do not consume a well-balanced diet. Breast milk and soy-based infant formula, on the other hand, may give vegan newborns with all of the protein they require.

Little ones can go to soft plant-based protein diets as they mature. Soft tofu, mashed beans, and mashed lentils come to mind. Consult your child’s doctor about his or her nutrition and the transition to solid meals.

Just 2 to 4 ounces of protein meals are sufficient for youngsters aged 2 to 3. Whole beans, cubed tofu, and nut butters are favorites among this age group. Beans, tofu, healthy grains, nuts and nut butters, and vegan meats can provide enough protein for school-aged children and vegan teenagers.

It’s unusual for a vegan youngster to be protein-deficient based on their nutritional intake if you provide them a generally well-balanced diet. Consult your child’s health care physician and talk with a registered dietitian nutritionist if you have any concerns about their diet. 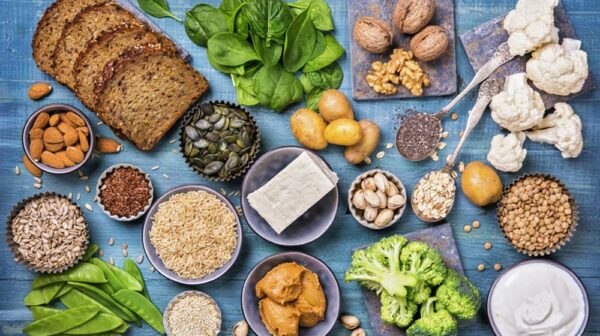 Protein, on the other hand, isn’t something you need be concerned about if you eat a diversified diet with appropriate calories. Furthermore, studies suggest that eating protein from plant-based sources is beneficial for your overall health. This might be because to the low fat, fiber, vitamin, mineral, and phytonutrient content.

So, rather of thinking on food just in terms of its protein content, consider the overall picture. Plant foods are high in nutrients that benefit our health and well-being. They’re also cholesterol-free!

While meeting your protein needs as a vegan isn’t tough, it does need some preparation and focus. Especially if you’re a vegan athlete, raising a vegan family, or have a chronic illness. It is, nonetheless, worthwhile. It’s also possible that it’ll save your life.

Myth 6: Most Plant Protein Is Incomplete

Some, on the other hand, have lower levels of particular amino acids than others. This is a long-held misconception that led to the outmoded recommendation that individuals must combine particular plant foods at each meal to obtain “complete” proteins. Beans, for example, are high in lysine but low in methionine, whereas grains are the opposite.

As a result, the traditional adage held that beans and grains should always be eaten together. We now know that to achieve protein requirements, meals do not need to be mixed at each meal. Simply following a diversified plant-based diet that includes legumes and grains on a daily basis will guarantee that you obtain enough of all the amino acids your body requires to function effectively.

In fact, if you ate enough broccoli, you’d get enough of all of the important amino acids… Although you’d have to eat broccoli all day to achieve that aim.

In fact, plant-derived protein is likely preferable to animal-derived protein. Animal protein-rich diets have been linked to an increased risk of chronic illnesses such as cancer, cardiovascular disease, and diabetes, according to research. Plant protein, on the other hand, does not pose the same danger.

This is most likely owing to the various ingredients found in plant and animal protein sources. Plant protein may be found in foods that are high in fiber and phytochemicals, both of which have been demonstrated to help prevent illness.

Saturated fat, heme iron, and chemicals known to generate hazardous compounds inside the body, such as nitrosamines, are all abundant in animal protein. So you can see why plant-based protein myths are completely false.

Myth 7: Athletic Performance Will Suffer As A Vegan

This was the most significant factor in deterring me from becoming a vegan sooner. I was playing semi-professional soccer at the time and took it very seriously.

While this is only anecdotal evidence, I saw no substantial change in my performance before and after being vegan, for better or worse.

Hundreds of NFL and NBA players have also gone vegan throughout their seasons and claimed improved performance. These are the world’s largest and probably strongest athletes, so if they can do it, so can you.

“Soy is safe,” repeat after me. Soybeans and their derivatives are high in iron, fiber, calcium, B vitamins, zinc, and other nutrients, in addition to being a complete protein. Soy protein has been shown in studies to lower bad cholesterol and triglycerides (both of which have been associated to heart disease), as well as aid regulate blood sugar levels and lose weight. Pseudoscience, anti-Asian xenophobia, and excessive intake of concentrated soy products like protein powders in trials that feed nonhumans, such as rats, levels that surpass any typical human serving have all contributed to the fear of soy. While soy has a modest estrogen content, the hormones and steroids present in dairy should be much more of a worry.

Have you had a chance to try our new Green Tomatillo Chili? With 20 grams of plant-based protein from tofu and navy beans, this dish is a powerhouse. To include it in your order, click here.

Eating muscle doesn’t make you stronger, any more than drinking gasoline makes you faster, but there’s a pervasive prejudice that associates meat with masculine and weakness, and veggies with femininity and frailty. It’s entirely untrue.

From the herbivorous rhinoceros beetle, which can deadlift 850 times its own weight, to true rhinos, whose solid 3,000-5,000 lbs are made out of leaves, grass, and fruit, the strongest creatures on the planet consume plants. Some of the world’s best athletes, including tennis champions Venus and Serena Williams (the latter of whom has been named the greatest athlete of all time), ultramarathon runner Scott Jurek, and U.S. women’s soccer player Alex Morgan, are vegans or vegetarians who rely on plants to fuel their success.

Pound for pound, beans, vegetables, and whole grains are the cheapest and most nutritionally packed foods available. Switching to a whole foods + plant-based diet is doable on any budget, and one of the world’s most popular dishes happens to be vegan”hello, rice and beans!

Although not all grocery stores are made equal, buying unprocessed goods in bulk might save you a lot of money at the end of the day. Many local farmers markets now take EBT and provide high-quality organic vegetables at affordable pricing.