Aspergillus flavus and Aspergillus parasiticus are the molds that create aflatoxins, which are harmful chemicals. If kept poorly, virtually any plant-based food can get infected with aflatoxins, but peanuts appear to be particularly vulnerable to these mycotoxins.

Aflatoxin’s capacity to cause cancer is well-known, but they’ve also been connected to a variety of other illnesses and health issues, including poor immunological function, cardiovascular difficulties, nutritional shortages, gastrointestinal issues, and development retardation in children. Aflatoxins of several sorts can infect peanuts, with aflatoxin B1 being the most harmful.

Governments in industrialized nations have set strong food safety norms and regulations to keep aflatoxin levels in peanuts and other sensitive foods as low as possible to protect us from the adverse effects of aflatoxins. Furthermore, consumers may considerably limit their risk of exposure to aflatoxin-contaminated peanuts by carefully selecting and storing peanut goods. 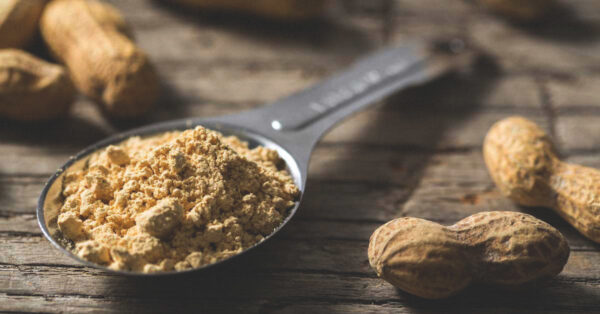 Peanuts are at the top of the list when it comes to foods that may contain high levels of aflatoxins (1-3). Because peanuts are one of the most popular nuts in the United States and Europe, governments have worked hard to keep aflatoxin levels in them under control. The United States Food and Drug Administration has produced a series of rules and regulations aimed at reducing aflatoxins exposure from peanuts. It has also established a 20-parts-per-billion (ppb) maximum allowable threshold for aflatoxin, although this restriction applies to all foods, not only peanuts and peanut butters.

The Link Between Aflatoxins And Liver Cancer

Aflatoxin’s health consequences have been studied extensively since the 1960s. The increased risk of liver cancer is one of the most well-documented health consequences linked with aflatoxin-contaminated foods, and aflatoxin is classed as a Group I carcinogen by the International Agency for Research on Cancer.

The majority of research on aflatoxins and cancer has concentrated on hepatocellular carcinoma (HCC), the most prevalent kind of primary liver cancer in adults, the fifth most frequent cancer worldwide, and the world’s third leading cause of cancer mortality. It is also a leading cause of mortality among persons who have been infected with the hepatitis C virus for a long time.

Aflatoxin can cause cancer, as well as cardiovascular difficulties, immunological suppression, nutritional shortages, gastrointestinal disorders, stunted development in children, and a variety of other health issues. Acute aflatoxin poisoning is also a public health concern in impoverished, tropical nations where the environment encourages fast mold development on crops and where there are no tight controls governing aflatoxin levels in peanuts and other foods. Abdominal discomfort, vomiting, extra fluid in the lungs, fatty liver, and liver necrosis are all signs and symptoms of acute aflatoxin poisoning.

How To Minimize Your Exposure To Peanut Aflatoxins?

Despite the FDA’s best efforts to keep the quantity of aflatoxins in peanuts below harmful levels, tainted peanuts occasionally enter the food system, necessitating product recalls. Several peanut butter recalls occurred between 2001 and 2017 as a result of aflatoxin levels exceeding the allowed limits.

Aflatoxin contamination of peanuts and peanut butter can occur during storage. Fortunately, there are a few things you can take to lower your risk of eating tainted peanuts. Here are a few recommendations:

Buy peanuts and peanut butter from producers who are concerned about aflatoxin contamination. On its website, the nut butter company MaraNatha claims that their peanut butters are almost aflatoxin-free because, in addition to FDA-mandated tests, they do random tests on their products.

Keep your peanuts dry and cold at all times. Aflatoxin-producing fungus flourish in warm, humid settings. If you aren’t going to use your peanuts right away, consider freezing them.

Make sure you eat lots of vitamin C-rich items in your diet. Vitamin C may give some protection against the adverse effects of aflatoxins, according to laboratory and animal research.

Aflatoxin contamination can occur in do-it-yourself peanut butter machines seen in health food stores if they are not completely cleaned on a regular basis and the peanuts are left in them for prolonged periods of time. If you like the taste of freshly ground peanut butter, invest in a peanut butter-making food processor or blender and grind your own at home.

I’m curious if the FDA, or any other governing/health entity, does anything to prevent aflaxotin from entering the human food chain.

Many nations have implemented laws to help reduce exposure to aflatoxins by testing and correctly harvesting and processing tainted foods. To try to manage how much aflatoxin may make its way into commercial foods marketed to people and used for animal feed, the FDA has established “actionable limits” (maximum tolerated amount of total aflatoxins) for crops including corn and peanuts.

Most countries have allowed a range of aflatoxin in corn and peanuts between 4 and 20ng/g, according to the Official Journal of The Society of Toxicology. However, data suggests that this quantity is insufficient to protect everyone, particularly those living in developing nations where these products are consumed in large quantities and immunity is already poor due to other factors.

Given that more than 1 in 100,000 persons in some countries are thought to be at danger of life-threatening aflatoxin poisoning, some experts argue that “most present regulatory measures are not adequately protective even if implemented.”

Symptoms And Health Risks Of Aflatoxin 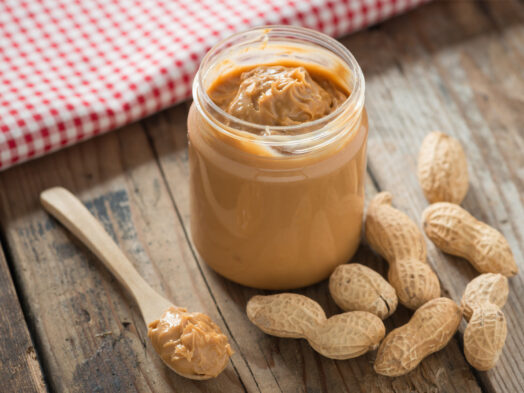 The deleterious consequences of aflatoxin poisoning are most likely to affect people in Third World countries, but this does not mean that people in rich countries are completely protected. Consumption of “staple crops” containing aflatoxin, such as maize and peanuts, is widespread over the world, and even a little amount of aflatoxin in the food chain can spread and cause issues. The severity of an individual’s reaction to aflatoxin is determined by a variety of factors, including their existing health, the degree and length of exposure, the strength of their immune and digestive systems, and the general quality of their diet.

Aflatoxin contamination generally develops in one of two ways: either someone takes a significant amount of it all at once and becomes “poisoned,” or they gradually acquire aflatoxin in lower levels over time. Poisoning, according to the FDA, is uncommon but serious, and can result in liver cancer, mental impairments, digestive responses, coma, hemorrhages, and malabsorption.

Aflatoxin exposure can result in the following long-term symptoms:

The signs of liver illness are the most dangerous: vomiting, abdominal discomfort, water retention, pulmonary edema, convulsions, coma, and even death.

According to research, aflatoxin primarily affects the digestive organs, particularly the liver, increasing the risk of liver cancer, hepatitis, and liver disease. Long-term exposure to aflatoxin is a major risk factor for hepatocellular carcinoma, a kind of liver cancer that causes scarring, nutrition loss, digestive tract inflammation, and other serious issues that can lead to death.

Is There A Reason To Be Concerned?

It’s worth noting that the majority of the worrisome research on aflatoxin’s possibly dangerous consequences took place in Africa and Asia, where food storage and agricultural procedures aren’t rigorously regulated.

Indeed, one research in Sudan took into consideration the fact that peanuts were frequently stored in humid settings, which are ideal for fungus. When it comes to aflatoxin, the sort of processing used to make powdered peanut butter is particularly important to examine.

According to a 2011 research published in Food and Nutrition Sciences, each stage in the process of making peanut butter from raw peanuts decreases the level of aflatoxin in the end product significantly.

The quantity of toxicity in the peanuts is reduced by up to 89 percent after they have been roasted, blanched, peeled, and pulverized. Although analogous studies on powdered peanut butter ” which goes through a second stage ” are unavailable, it’s reasonable to conclude that the toxin reduction is at least equal.

Yes, aflatoxin may be rather dangerous. Yes, it can be found in peanuts. The techniques used to transform peanuts into powdered peanut butter, on the other hand, significantly lower the amount of aflatoxin that makes its way into your tub – by at least 89 percent.

In general, the amounts of aflatoxin in your powdered peanut butter are unlikely to be high enough to be deadly. This is particularly true if you stick to high-quality goods that have been carefully cultivated, kept, and processed.

Does Whey Protein Really Cause Hair Loss? Truth About Protein Shakes!
What Type Of Protein Powder Is Best For IBS?
Top 12 Reasons Why Grass-Fed Whey Protein Is The Best For Your Body
2022-04-13